Anyone who caught a glimpse of the UEFA Euro 2020 championship will have noticed how this year’s Pride Month has influenced the event much more so than previous years. While the FIFA and UEFA international tournaments have almost always started and/or ended in June, this was the first time that the LGBTIQ rights issue has had such a prominent role. The Germans decided to take a clear stance opposing the “anti-transgender” legislation by the Hungarian Government, while at the Baku Olympic Stadium, rainbow flags were confiscated from supporters by stewards during the match between Czech Republic and Denmark. UEFA stated not to have instructed those stewards to confiscate rainbow flags, and in fact remarked they are “a symbol that embodies UEFA’s core values”.

What we saw was iconic for the cultural clash within Europe that will possibly characterize the whole 21st century, as we may or may not be heading towards an ever-closer Union. Western MEPs want to believe – and probably sometimes convince themselves – that the European Union is an LGBIQ freedom zone. That is to say: the European Union promotes civil liberties and condemns discrimination, in this case specifically on the grounds of gender identity and sexual orientation. On paper, this is correct. In today’s real world, this statement won’t hold up to the facts. The reason is simple: Western countries are not the sole components of the Union. Not only has homosexual emancipation yet to occur in some of the other countries, but discrimination has been institutionalized by the Hungarian Government.

We know Hungary has been pushing the limits with barbed wire fences, suppression of the free press and the suspension of the Parliamentary democracy. And we also know they have gotten away with it so far, without any major consequences. For the minorities in those places, this means living an unfree life in a so-called freedom zone. For most European conservatives on the other hand, it’s no more than a mother-in-law-dilemma: she’s crazy, but she’s still part of the family. In fact, why shouldn’t we protect our children from learning about gender transition? After all, it was hardly ever taught in schools in the past.

But even within the conservative family, the gap is visibly widening. Italian Catholics and right-wing parties stubbornly oppose the advancement of LGBTIQ rights. However, Angela Merkel has been strongly outspoken against the Hungarian legislation. If anything, this proves one does not have to be a liberal nor a progressive to cherish individual liberties. The Dutch and the Swedish Christian Democrats also value people’s freedom to be who they want to be – granted that they take ownership of their social responsibilities – despite their conviction that Government ought not to be afraid to moralize on family matters.

What distinguishes the Western conservatives from the others, is that they have understood the core of the issue: whether or not they approve of the new definitions of family or same-sex intercourse is not the question. The question is whether or not Government should be allowed to preclude or reserve civil rights to one group or the other, distinguishing on the basis of gender. The answer is no. The only legitimate way to limit one’s freedom is through individual trial and rule of law. As long as the conservatives are divided on how to deal with regimes like Orbán’s, the European Parliament and the European Commission will never be equipped to enforce these basic principles. Therefore, the future of the Union will be as bright or as dark as the future of its minorities. 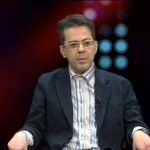 LGBT rights and the Conservatives gap

Challenges of today and tomorrow, the migrant crisis
Post-Covid-19 Perspective – Will there be a new normal?