When the group stage match Germany – Hungary of the UEFA Euro 2020 took place in Munich, Germany was in the news worldwide for showing support to the oppressed LGBTQI+ Community in Hungary. Only little time before, Victor Orban’s regime passed a bill to restrict the rights of LGBTQI+ people. Munich’s mayor Dieter Reiter wrote an open letter to the UEFA urging the football association to allow lighting of the Allianz Arena in rainbow colors to show support with the community. The whole world looked to Germany as German companies suddenly adapted rainbow colors into their logos and Germans switched their Social Media profile pictures to rainbow style after Reiter’s open letter was denied by the UEFA to show even more solidarity with the LGBTQI+ community.

But is Germany really LGBTQI+ friendly?

When we do not face pride month every June, with everyone appearing to be pro-LGBTQI+, we need to draw the attention to political decisions being taken by the German government.

In the last Bundestagsdebatte that took place on Wednesday, 23rd of June, 2021 MPs of CDU/CSU, SPD and AFD rejected the resolution of the German liberal party FDP and Greens to abolish this blood donation ban. As until now, any gay or bisexual man or transgender, who wants to donate blood must be celibate. He must not have had sex with a man for one year before donating blood – even if the sex was protected, i.e. condoms were used, for example. The waiting period of one year is also called the reset period. The federal government justifies this, among other things, with a generally increased risk of transmission of infectious diseases such as HIV. There is massive criticism of these rules. Because de facto it means a blood donation ban for men who have sex with men.

Every day, approximately 15,000 blood donations are needed for operations, for the treatment of serious diseases such as cancer, and to take care of accident victims. Only 2 million people donate blood regularly in Germany and this commitment must be secured in the long term.

As mentioned above, male homosexual, bisexual and transsexual blood donors are only allowed to donate blood, if their last sexual intercourse was one year ago – even when they are living a monogamous partnership. On the other hand, heterosexual individuals, with regular changing sexual partners are allowed to donate blood, as they do not belong to the group of people with sexual risk behavior.
In the United Kingdom, men who have sex with men and who have had the same partner for 3 months or more and meet other eligibility criteria are able to give blood. Additionally, there is no blood donation restriction for men only as anyone, regardless of their gender or their partner’s gender, who has had anal sex with a new partner or multiple partners in the last three months, , must wait 3 months before donating.

According to German Health Minister Jens Spahn (CDU) he plans to abolish the deferral period for homosexual men if they are in a monogamous relationship. Gay men who have entered into marriage, for example, will therefore no longer have to wait a year before they are allowed to donate blood – provided they do not have an “open relationship”.

This information has been given as a response from the Ministry of Health to FDP member of parliament Jens Brandenburg. The letter also states that the innovation will not apply to men with sexual risk behavior. In the future, however, they will no longer have to abstain from sex for twelve months before donating blood, but only for four months. Proof will be provided by means of a self-disclosure.

Yet, these 4 months waiting time is still a discrimination against homosexual, bisexual and transsexual men wanting to donate blood to help other people with their blood. It is still unclear when this easing will come into force. It should not be forgotten that federal elections will be held in Germany on September 26, 2021.

“Safe sex between two single men is no greater risk than an unprotected one-night stand between heterosexuals.”, stated Jens Brandenburg, FDP MP. And I think he is completely right.

Photo by Wendy Wei via pexels.com

Theresa Zettl is founder of European Liberals for Reform. As she has gay family members facing discrimination against their sexual preference, she wants to raise awareness for the LGBTQI+ community. 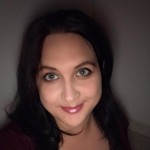 Germany, the friend of the LGBTQI+ Community?

One thought on “Germany, the friend of the LGBTQI+ Community?”