6 August and 9 August 1945, two dates that shook the world and induced a tidal wave into history. World War 2 was at its end, since Nazi Germany surrendered in April-May 1945, but the pacific theatre of the war had yet to find its conclusion.

Surrender was not in Imperial Japan’s vocabulary. It would bring so much shame that suicide would be a better option, in their eyes. Therefore, among other reasons, the war in the pacific theatre would last longer before Japan capitulated.

The United States of America needed something definitive to persuade the Japanese to surrender. Something so impressive that they would see no other option. Shortly after the discovery of nuclear fission in 1938, the USA, with support from the UK and Canada set out to initiate the Manhattan Project to develop a nuclear weapon. This project delivered the last resort they sought to bring Imperial Japan to its knees.

The Trinity test of the Manhattan Project was the first detonation of a nuclear weapon.

As young as the discovery was, even among its inventors very little was known about the consequences of such an “A-bomb”, or “Atomic Bomb”. Even up to Chernobyl in 1986, the true extent of what radiation was capable of was not known. Most of the destructive power of a nuclear bomb, however, is in its blast wave. Nevertheless, the radiation in the blast and in the fallout is still very lethal. After the Trinity Test in the context of the Manhattan Project, one of the scientists on the programme famously quoted from the Bhagavad Gita: “Now I am become Death, the destroyer of worlds.”

“Now I am become Death, the destroyer of worlds.”

Until recently, nuclear weapon tests were not only conducted underground, underwater or in space, but also in the atmosphere. The Partial Test Ban Treaty (PTBT) aims to prohibit all nuclear weapon testing except underground, as radioactive material may be spread by ocean streams or air streams. Not every nuclear-armed country has signed this treaty, however.

The science behind nuclear fission, nuclear energy and nuclear arms deserves its own article. This blog post will rather discuss the political consequences of the events in 1945, which we feel up to the present day.

In the bombings of Hiroshima and Nagasaki in 1945 and its aftermath an estimated 129.000 to 226.000 souls were lost. The margin of uncertainty is large because, as mentioned, little was known about the consequences of radiation to the people who lived in the proximity but outside of the blast wave, or those who returned to ‘ground zero’ after the blast. Proponents of these bombings argue that many more people could have died if the war had endured for a longer time and hadn’t been cut short by such a shocking attack. Opponents rather argue that the attack was unethical and killed many civilians.

Never before had there been a demonstration of single destruction of such a magnitude. Without a doubt, this finally made clear that the Allied Forces had won World War 2. Imperial Japan, that would never surrender, surrendered in a matter of days after these events.

Though this was only the legacy to World War 2. What the whole world knew from this point was that humanity entered a new era. A nuclear era. If a country possessed nuclear weapons they would have a game changing strategic advantage in war. This is apparent in the fact that all permanent members of the United Nations Security Council are nuclear weapon states.

The composition of the UNSC is particularly relevant given that an all out nuclear war would most probably lead to mutually assured destruction. The Chernobyl disaster of 1986 demonstrated that an explosion and subsequent meltdown of a nuclear reactor can spill radioactive materials all the way to Sweden. If Soviet liquidators had not intervened, an even larger area up to Moscow and Central Europe could have been converted into wasteland. The potential extent of the Fukushima Daiichi nuclear disaster, if all ten reactors had exploded, could’ve scorched half of Japan and a large portion of the Pacific Ocean. Image what could happen if the entire nuclear arsenal of any nuclear-armed state would be utilized in weaponized conflict.

Map of nuclear-armed states of the world

According to the World Nuclear Weapon Stockpile report by the Ploughshares fund on 15 June 2021, the total amount of nuclear weapons in the world is 13.082. The majority of these weapons is owned by Russia (6.257) and the United States (5.550). These would already be sufficient to make large portions of the planet uninhabitable. If they would be used all at once, it could potentially cause a nuclear winter around the globe. Fortunately for all of us, nuclear weapons are mostly used as a deterrent and arguably, without these weapons there could have been a lot more conventional warfare.

Besides killing each other, perhaps another use for nuclear weapons could be to destroy an incoming meteor that would threaten our planet. Or, if that would ever be the case, avert an impending invasion by space aliens. (Never say never) The fact remains that they are a concern, not only in warfare but also when considering terrorism and rogue states that would use these weapons without any regard for human life or the security of the planet. It remains imperative to observe the Treaty on the Non-Proliferation of Nuclear Weapons (NPT) and to ensure that no hostile actors gain the knowledge or the means to create their own nuclear weapons.

Hiroshima and Nagasaki have been the only two occasions of the use of nuclear weapons in war to date. Let’s keep it that way. 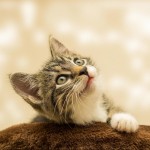 “Now I am become Death, the destroyer of worlds”